Now is Everything! A Challenge from Calligrapher Koji Kakinuma part II

The special exhibition, “Garbled Characters ― A Challenge from Calligrapher Koji Kakinuma,” was held in 2010. In this exhibition, Koji Kakinuma presented an open studio featuring what he describes as the ‘trance work’ technique, repeatedly writing the two Japanese characters, “ま” and “え,” to fill a whole wall in a performance the like of which has never been seen before.

The following year, 2011, as part of the celebrations to mark the centenary of Taro Okamoto’s birth, Kakinuma carried out a project using calligraphy to turn Taro’s words into art. This resulted in the publication of the book, “Trance-mission.”

Ten years have passed since then but once again, the stage has been set at the Taro Okamoto Memorial Museum for Koji Kakinuma to create to a unique form of expression.

All that has been prepared for him is an “empty space.” This one-hundred-percent TARO space will welcome an empty-handed Koji Kakinuma to come and create a work entirely from inspiration. Furthermore, in addition to his usual tools, brush and ink, he will also use masking tape, a material with absolutely no relationship with art, to create a totally new form of expression.

There is no telling what will be achieved until it is done, moreover, it will change on a daily basis. The aim is not “completion,” it is not a material work, rather its objective could be said to be the act of creation itself. The floor, walls, ceiling…Taro’s words will spring to life throughout the entire space of Gallery One while Gallery Two will be used to present the work from his previous “Trance-Mission” project.

We hope that you will come and witness this creative experiment?

Although I am primarily a calligrapher and express myself through characters or words written using a brush, I also find myself working as a contemporary artist, using tools other than my brush or expressing something other than writing, happily working in genres outside calligraphy, such as performing art, installation, etc.

Taro also did not limit himself to painting, but boldly challenged the boundaries that separate a wide variety of artistic expression, including sculpture, public art, interior design, calligraphy and writing, and this is something that I try to emulate.

As an artist, I want to discover something that surpasses boundaries or concepts such as calligraphy or contemporary art, to pioneer a new approach and create something that has never been seen before. In this exhibition, I want to use an approach that differs from the previous special exhibition or the collaboration with Taro, and attempt to achieve a new state of enlightenment.

I want to avoid thinking “I will do this,” or “I will do that,” abandoning all preconceived concepts as far as possible as I plunge into Taro’s domain, surrounded by traces of Taro, and become inspired to bring Taro’s words back to life once more.  I want to create spontaneously within this space. I have no goal and no idea what it will be like when I have finished. I will not simply decorate something that has already been produced. My actions at the site will be everything, they will become the work. It will cover the entire gallery, overlaying itself and continually changing its appearance. All I know for certain is that it will come to an end in four months’ time.

I have no idea what will happen and yet already I feel so anxious, excited and nervous that I am almost in tears. 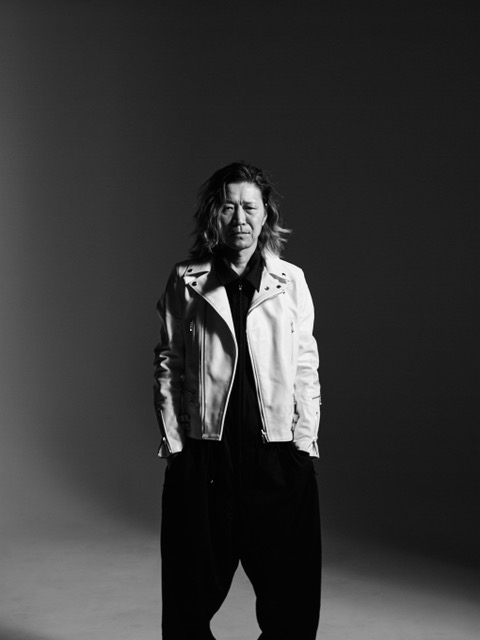 Koji Kakinuma Calligrapher, contemporary artist
A graduate of the Department of Visual and Performing Arts, Tokyo Gakugei University, Kakinuma was invited as a visiting scholar at Princeton University from 2006-2007.
He is the first living calligrapher to ever hold a solo exhibition at the Kanazawa 21st Contemporary Art Museum in Japan (2013-2014). Those works are now part of the museum’s permanent collection. 2020 Tokyo Olympic Paralympic official art poster artist.
Major prizes and awards include the Higashikuninomiya International Cultual Award (2012), the 4th Teshima-Yukei Award (2009), the Mainichi Award, Mainichi Calligraphy Exhibition (1996 and 1999).
He wrote a title of “風林火山” (NHK), “アキレスと亀” directed by Takeshi-Kitano. www.kojikakinuma.com 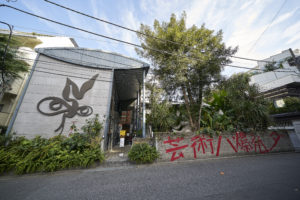 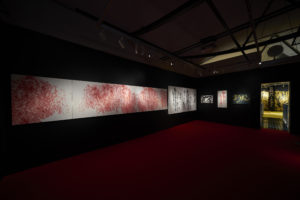 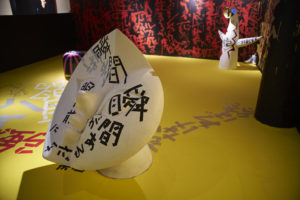