The Original Image of Japan

Taro Okamoto was a person who continually asked the question, ‘What is Japan?’ Having decided to leave Paris and return home to fight for Japan, Taro had a fateful encounter one day in November 1951. It occurred at the Tokyo National Museum when he came across some Jōmon-period pottery. The primitive yet sturdy bounty of a hunting people who pursued game in their struggle to survive, their strong vitality representing a magical spirit that conversed with an invisible force. When Taro discovered this aesthetic, which is the complete opposite of the restraint displayed by traditional Japanese beauty, he felt sure that, ‘This is the true Japan.’ Approximately five years later, he set out on a journey to discover the true essence of Japanese culture and at his first destination, the Tōhoku region, he encountered the ‘magical spirit’ of primitive Japan. In this poverty-stricken part of the country, that is cut off from the rest of the country during the winter months, he caught a glimpse of the original image of Japan. Two years later, in 1959, he traveled to Okinawa prior to its restoration to Japanese rule, and what he discovered there was the ‘Japan’ that contemporary people had pushed to one side and lost. In the pure lives of the Okinawan people he could discern his own roots and those of the whole Japanese race. This discovery must have delighted him. Taro’s journey through the Jōmon, Tōhoku, Okinawa…was a voyage of discovery in search for ‘the original Japan’, ‘the forgotten Japan’, or to put it another way, ‘the real Japan.’ The music played in the quiet exhibition hall is made originally by jazz bassist Takashi Sugawa. We hope that you will come and see the ‘deep, rich Japan’ that caught his eye through this exhibition of the photographs taken by Taro himself. 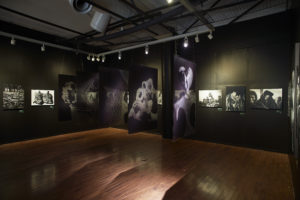 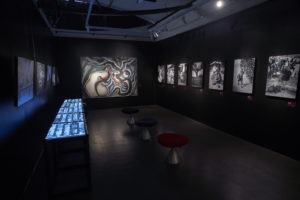 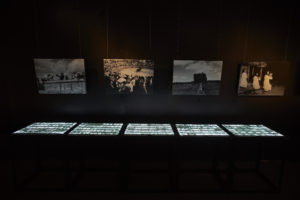