Tower of the Sun Restoration Project

October 2012–March 2018
Almost half a century has passed since the Osaka Expo ’70 was held. During this period, the symbol of this exposition, ‘The Tower of the Sun’, was left virtually abandoned, but now a project has begun to restore the interior and open it to the public once more as an exhibition space. This project involved work in two different phases with the earthquake reinforcement and restoration of the display being carried out simultaneously in order to bring Taro Okamoto’s art space back to life. Concrete and steel beams were used to strengthen the thin, narrow space and a large number of the sculptures of living creatures had to be recreated and fitted back onto the complicated ‘Tree of Life’. It has been an extremely difficult project, but the skill and enthusiasm of all those involved has borne fruit allowing the work to proceed smoothly. With its ‘internal organs’ replaced, the ‘Tower of the Sun’ awoke from its long sleep on March 19, 2018 to welcome its first visitors. The reopening of the interior to the public caused a great stir with people hurrying from all over the country to see it.

The exhibition “Tower of the Sun”

We used the occasion of the restoration of the Tower of the Sun to hold an exhibition that posed the question ‘What is the Tower of the Sun?’ We wanted to look back over the period from 1967, when Taro Okamoto participated in the Osaka’s Expo ’70 as its producer, to 2018 when the restoration of the interior was completed, in an attempt to try and grasp Taro’s feelings regarding the Theme Pavilion. This exhibition contained a miniature diorama of the basement of the Theme Pavilion, occult paintings from the 1960s, models and original molds of the interior of the tower that were used in the process of restoration, and numerous other exhibits. However, the one that attracted the most attention was the original ‘Golden Mask’ that was removed from the tower in 1993. Lying on its back, the scale of this 10.6-meter original left the visitors speechless. 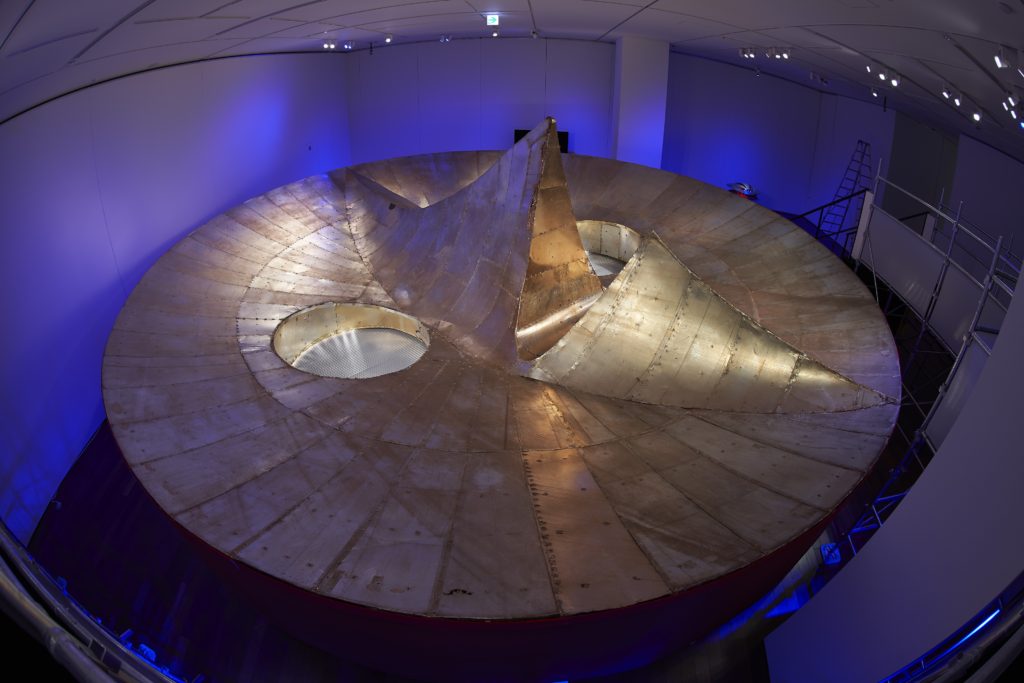 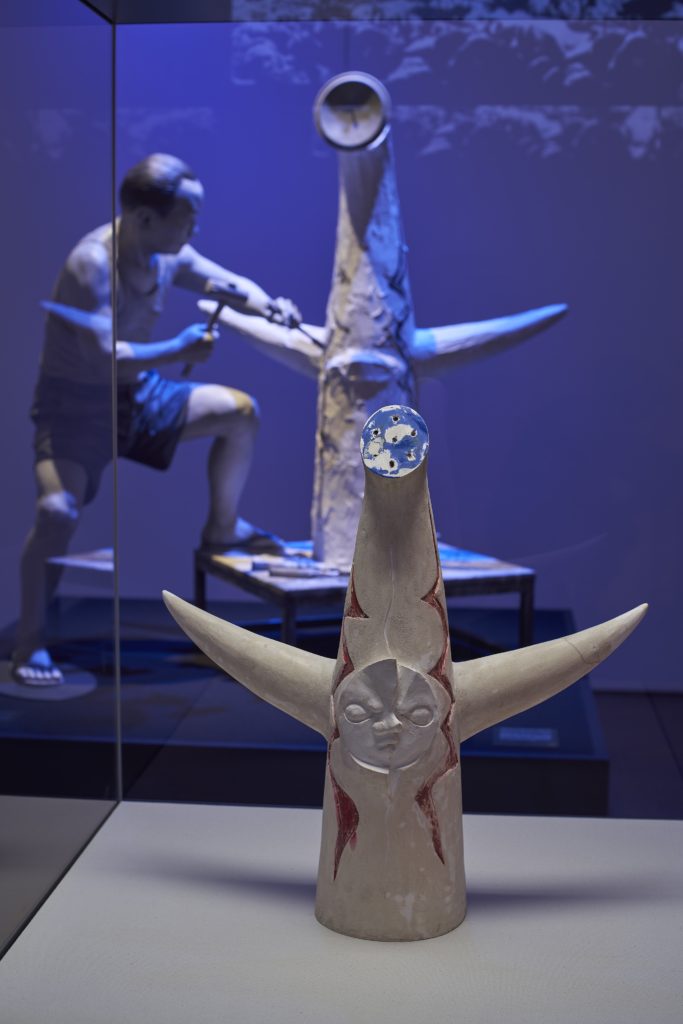 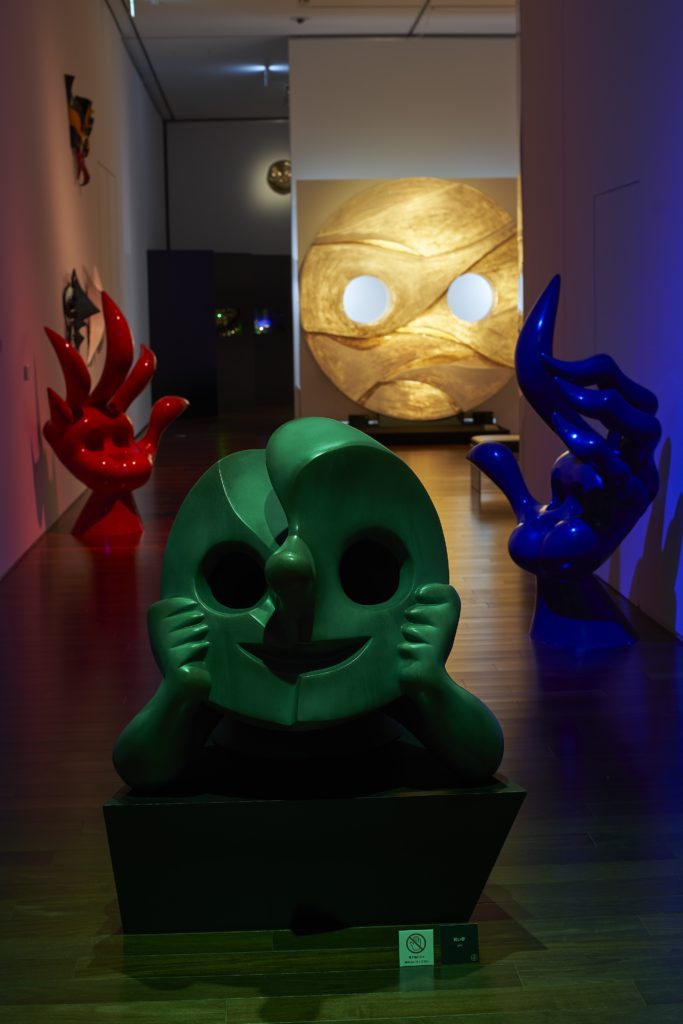 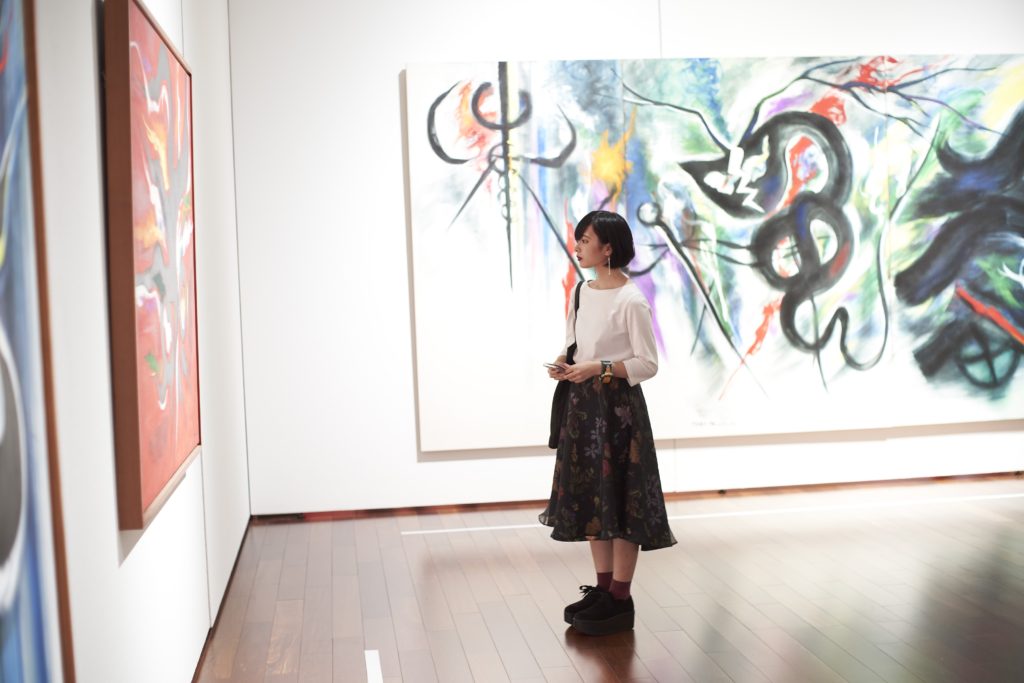 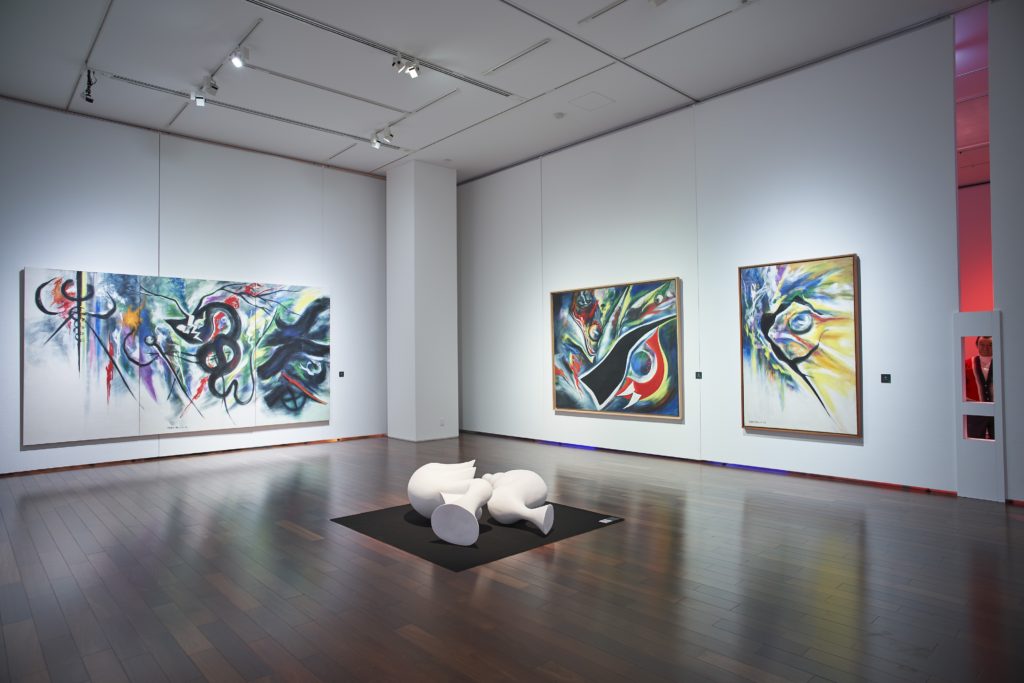