May 7, 1998. The building in Minami-Aoyama that served Taro Okamoto as both home and studio for forty-two years is opened to the public as the ‘Taro Okamoto Memorial Museum’. The original building, which was designed by the architect, Junzo Sakakura was left untouched, but the two-story, wooden library/sculpture studio adjoining it was rebuilt to create a public museum run as an incorporated foundation. This was only two years after Taro’s death and the driving force behind its creation was Toshiko Okamoto’s passion to ‘pass on a knowledge of Taro Okamoto to the next generation.’ 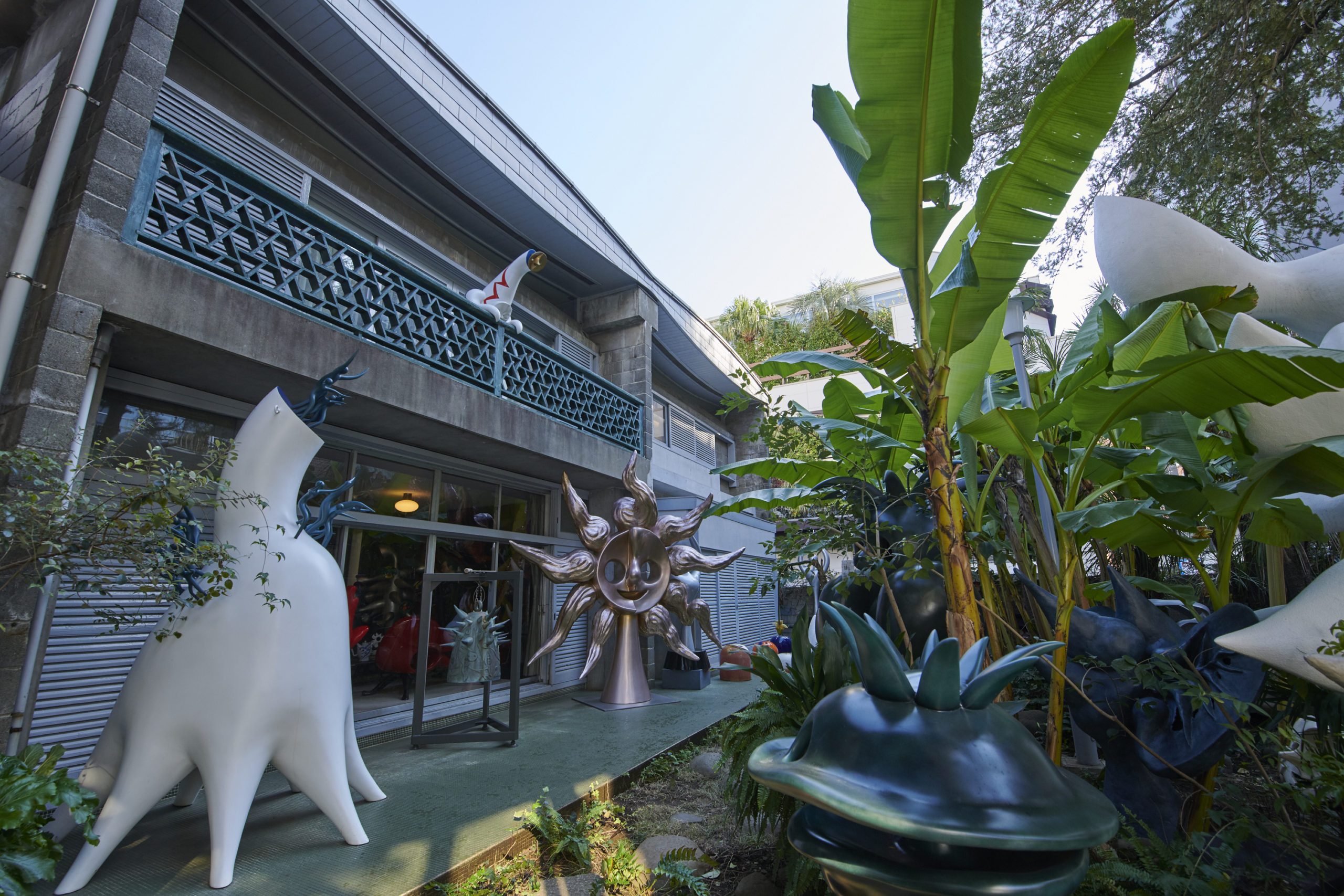 The museum’s garden represents an important medium that Taro Okamoto used to transmit his aesthetics. It is obvious at a glance that there are no flowers to be admired and no design. Banana trees, ferns and weeds grow wild, and among them can be seen various sculptures, seemingly placed there haphazardly. The plants and sculpture harmonize together to become one, grass can even be seen growing out of the eyes of one of the works. It has the charm of an ancient ruin. ‘To think that there could be a place like this in the middle of Tokyo!’ This garden appears to have become a power spot for young people. 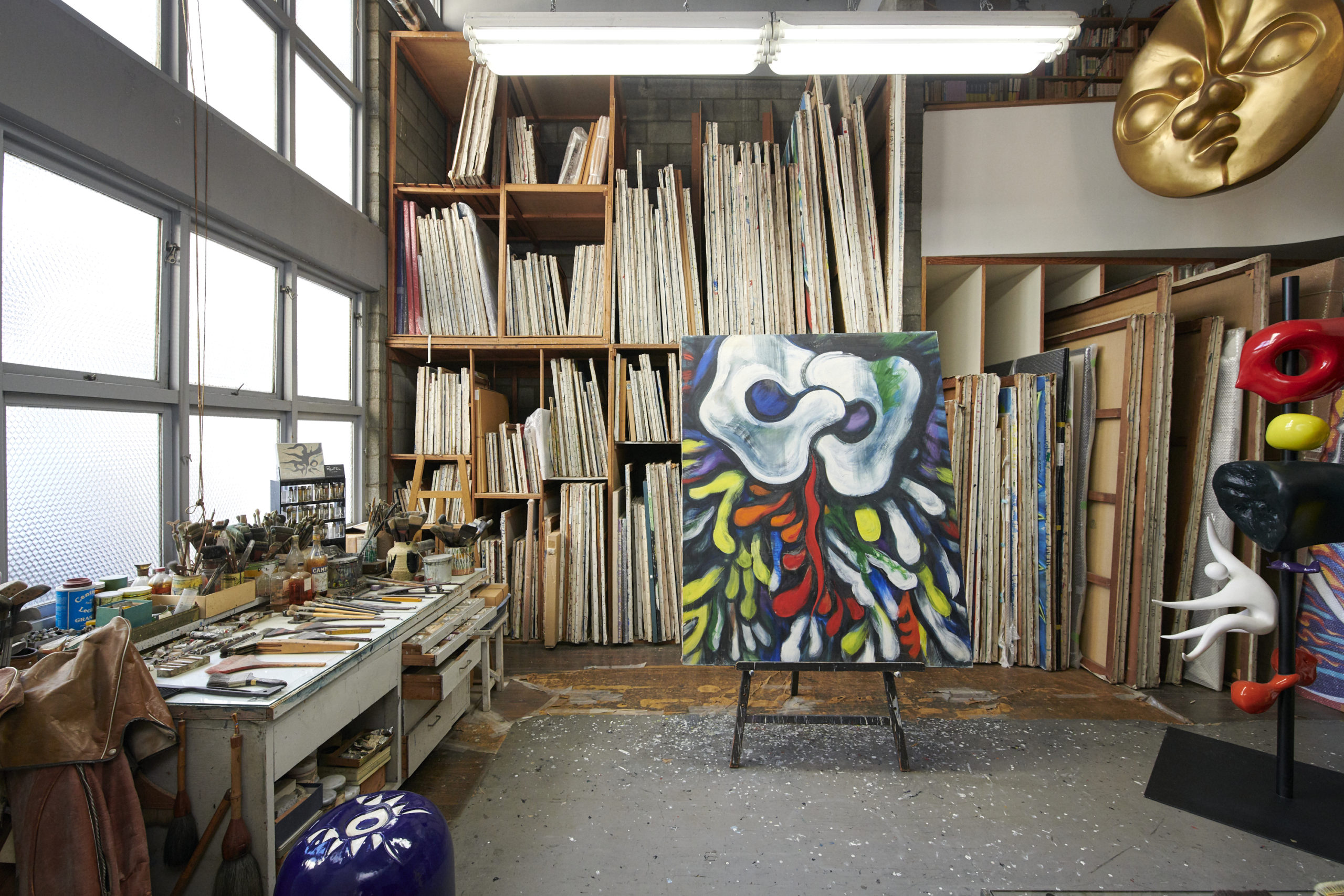 This is where all of Taro Okamoto’s paintings were born from 1954 onwards. The materials on the table, the paint splattered over the floor, the half-finished works on the shelves…these are all exactly as they were when he died. In this cryogenically preserved, 100% pure, TARO space, we can experience Taro’s presence. ‘It feels as if he is about to come down the stairs.’ It is this ambiance of this space, that cannot be created artificially, which grasps the hearts of the visitors. 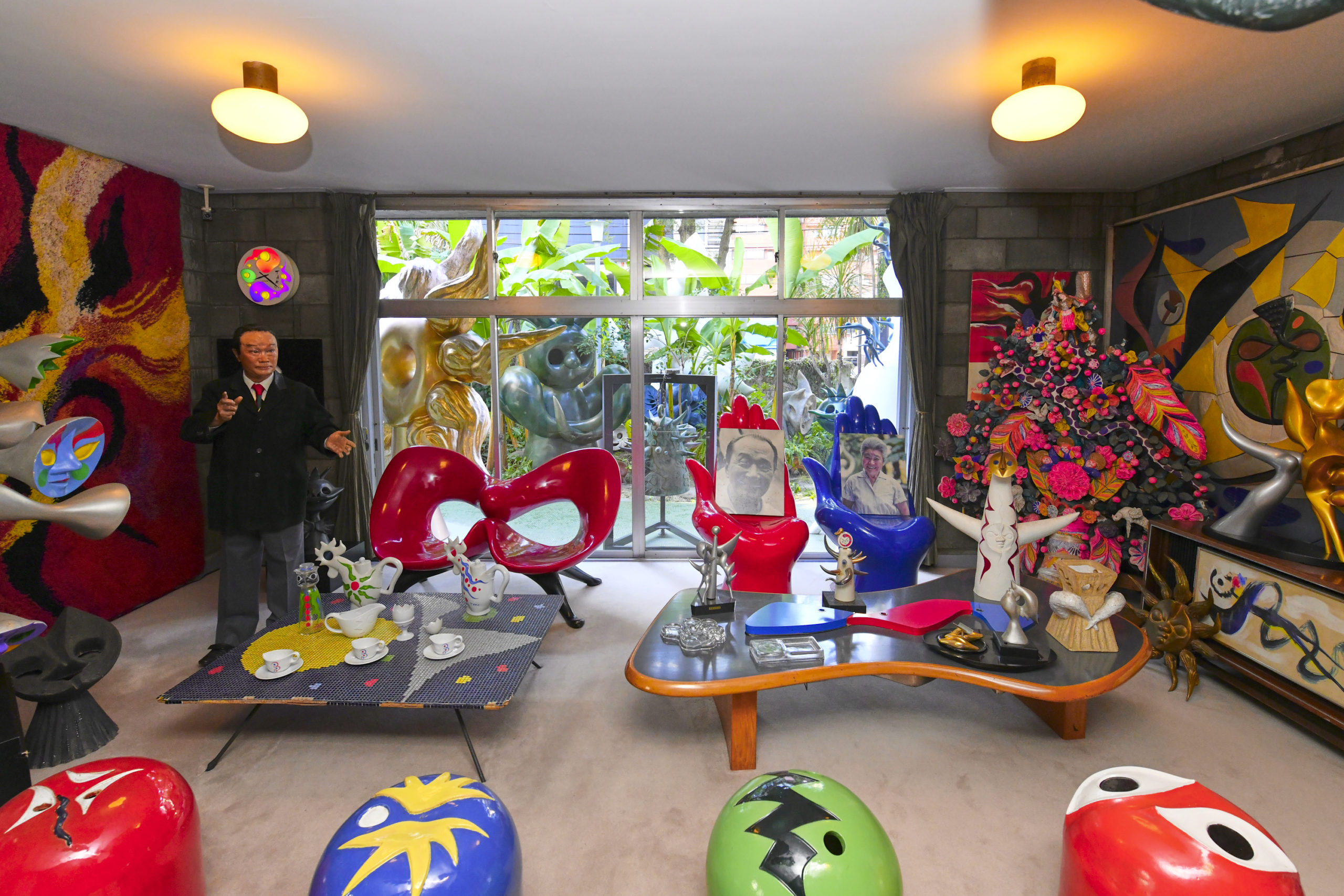 This space was used as a reception room or for discussions, its floor-length windows creating the impression of connecting with and being a part of the garden. Aside from the pink object [a “tree of life” that he brought back from Mexico] in the rear right of the room, everything else in it was designed by Taro. burying himself in silicon, he made the mannequin of himself that is in the rear left and so it is totally accurate in both size and shape. Like the studio, this room too is 100% pure Taro but in a different context.

Gallery One is at the top of the stairs, it has walls on three sides and consists of 35 square meters of floor space. The appearance of this space changes with every special exhibition, imbuing the room with a fresh atmosphere.

Across the bridge over the first-floor hall, is Gallery Two, a long, narrow space with walls on three sides covering an area of 22 square meters. It has a large window facing onto the garden allowing ample light to fill the space. 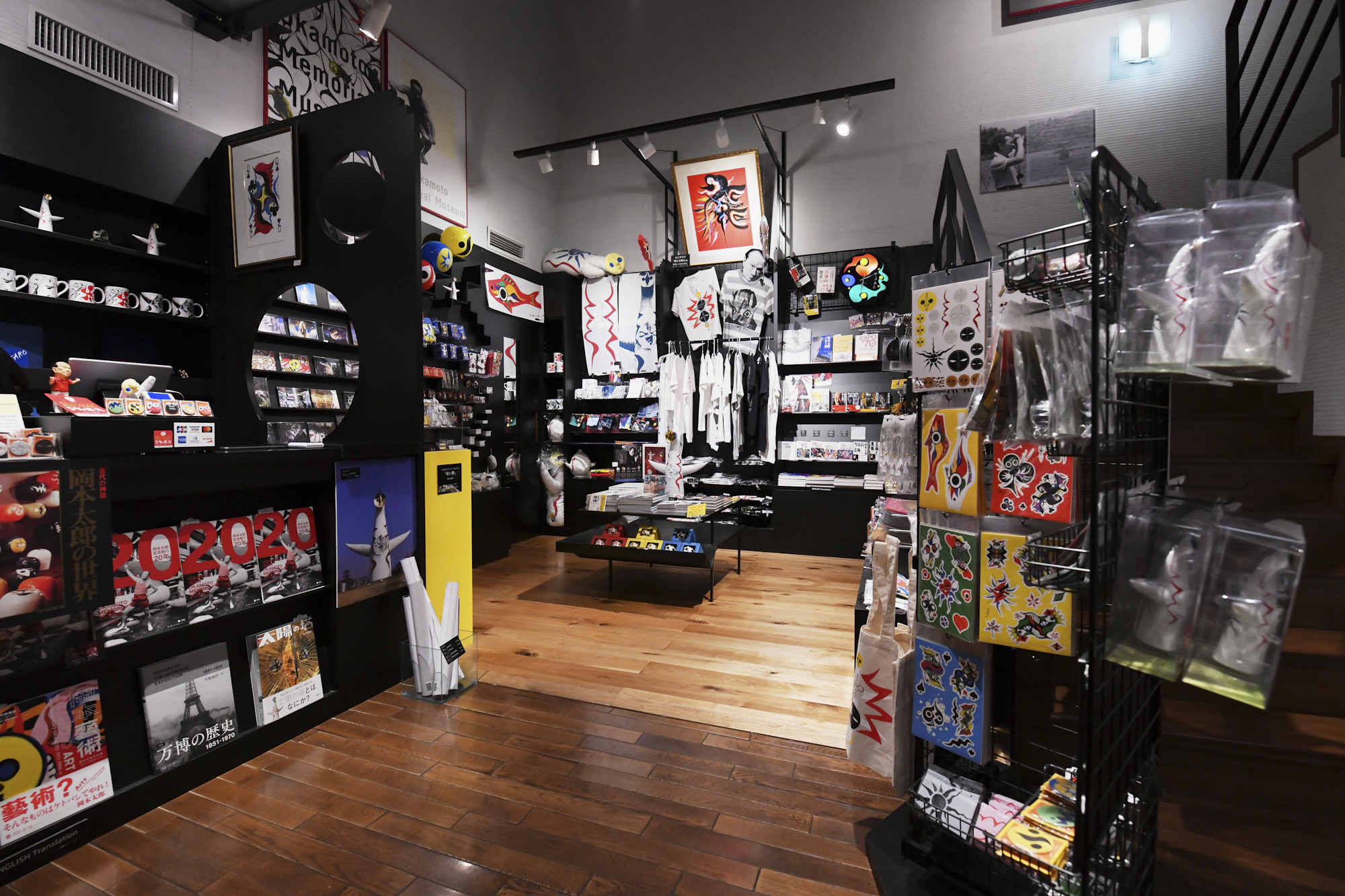 The Museum Shop opens off from the first-floor hall; it offers more than one hundred associated books and a huge variety of goods to delight the visitors.